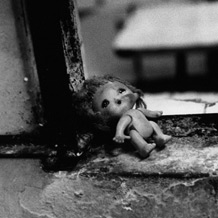 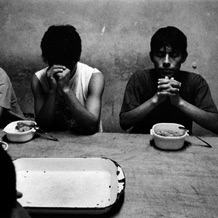 The way children are treated by national justice systems and security institutions is integral to the achievement of the rule of law.

Despite important progress, children are yet to be viewed as key stakeholders in rule of law initiatives: there are important gaps in terms of the realisation of the rights of children as victims, witnesses and offenders; work to implement child justice standards is still frequently handled separately from broader justice and security reforms; access to justice, though increasingly recognised as an important strategy for protecting the rights of vulnerable groups, rarely takes children into account.

In this context, the UN Secretary General issued in 2008 a Guidance Note on Justice for Children, outlining strategies for a common UN approach to justice for children within existing rule of law principles and framework.


This approach goes beyond juvenile justice, to include not only children in conflict with the law - alleged as, accused of, or recognised as having infringed the penal law - but also child victims and witnesses of crime in contact with justice systems, and children in contact with justice systems for other reasons such as custody, protection or inheritance (i.e. child parties to a justice process).

All justice for children interventions, from policy development to direct work with children, should be guided by the following principles

1. Ensuring that the best interests of the child is given primary consideration

2. Guaranteeing fair and equal treatment of every child, free from all kinds of discrimination

3. Advancing the right of the child to express his or her views freely and to be heard

4. Protecting every child from abuse, exploitation and violence

5. Treating every child with dignity and compassion

6. Respecting legal guarantees and safeguards in all processes

7. Preventing conflict with the law as a crucial element of any juvenile justice policy

8. Using deprivation of liberty of children only as a measure of last resort and for the shortest appropriate period of time

9. Mainstreaming children's issues in all rule of law efforts