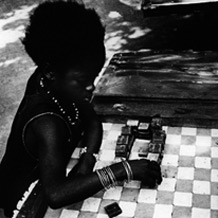 Reforming juvenile justice systems to bring them into conformity with international human rights standards is a complex and often daunting task, involving multiple actors and sections of government. Difficult decisions need to be made in the context of scarcity of resources, conflicting interests, lack of political will and sometimes negative media influence. With this in mind, the following areas have been highlighted as needing priority attention.

The Convention on the Rights of the Child clearly forbids capital punishment and life imprisonment without the possibility of release for all persons below the age of 18 years.

Approximately 12 countries worldwide permit juveniles to be sentenced to life imprisonment with no provision for eventual release. Of these 12 countries only 4 - Israel, South Africa, Tanzania and the USA - actually have juveniles serving such sentences.

The Convention on the Rights of the Child clearly stipulates that no child shall be subjected to torture or other cruel, inhuman or degrading treatment or punishment. However, torture and ill-treatment of children persist worldwide. In carrying out their respective mandates, the experts of the Committee on the Rights of the Child, the Special Rapporteur on torture and the Special Rapporteur on extrajudicial, summary or arbitrary executions denounce such cases.

In 2003, the United Nations Secretary General appointed an Independent Expert to conduct an in-depth study on violence against children in an effort to paint a detailed picture of the nature, extent and causes of violence against children, and to propose clear recommendations for action to prevent and respond to it. To promote dissemination of the Study and ensure effective follow up to its recommendations, a Special Representative of the Secretary General on Violence against Children was appointed in 2009.

Children and adolescents around the world, spend an extraordinary amount of time in appalling conditions whilst held in detention for a duration of time which varies pending the outcome from a trial or hearing. The vast majority of children and adolescents who are deprived of their liberty have not even been convicted of a crime and have yet to be brought to trial.

This situation can lead to violations of children's rights and of standards on detention and treatment of children in conflict with the law. Pre-trial detainees are subjected to the worst conditions of confinement, as detention facilities are often overcrowded, unsanitary and unsuited for children.

Promote diversion and alternatives to detention

Children at all possible stages should be diverted away from the formal criminal justice system and into community-based and restorative processes that effectively address the root causes of their behaviours. Evidence shows that diversion is likely to have a positive impact in reducing rates of offending.

Diversion and alternatives to detention aim to break the revolving cycle of stigmatisation, violence, humiliation, and rupturing of social relationships. Not only is it socially and psychologically preferable, but many non-formal justice options are also much cheaper than court procedures and detention.

Prevention is crucial in order to systematically address the socio-economic and psychosocial problems faced by children and young people which contribute to them coming into conflict with the law. Unfortunately, prevention is often neglected at the expense of shorter-term, more politically visible punitive and "tough on crime" approaches.

Successful prevention work revolves around efforts to create social conditions of non-discrimination, inclusion and access to basic services, thereby mitigating against marginalisation, exclusion, exploitation and other elements of social injustice (that can spawn behaviour reproved by the law).

The lack of resources and attention paid to aftercare and reintegration results in many children and adolescents being released from detention with limited or no support. Poor planning for reintegrating children and supporting their return to normal life is a likely risk factor for recidivism.

Reintegration programmes aim to re-establish the relationship between children and society, subsequent to children's release from prison or from diversion programmes. Such programmes help children to reintegrate into the community through re-establishing their relationship with society, building their self-capacity and preparing them to face lthe possible consequences as an ex-offender after their release from prison.

After identifying priorities for interventions, this section presents some strategies aiming at ensuring juvenile justice systems that are truly respectful of children's rights.

Restorative justice is about balancing the rights of offenders with the rights of victims and concern for public safety and crime prevention.

Restorative justice is a preferable to 'retributive justice' (based on retribution and punishment) which is often not in the best interests of the victim, the offender, or society in general. Restorative justice focuses on 'restoring' damaged relationships (between victim, offender and community) to the way they were prior to the commitment of the crime: by promoting solutions to repair damages, reconcile parties involved, restore community harmony and reassure all subjects involved.

A child rights-based approach is one which sees each child as a unique and equally valuable human being, with the right not only to life and survival, but also to the development of his/her fullest potential. A child rights-based approach understands that children offer the best understanding of anyone of their own personal situation, having essential experience to offer, and deserving to have their best interests met through adequate allocation of resources and implementation of all the rights prescribed in the Convention on the Rights of the Child.

A child rights-based approach requires implementation of international standards at all levels. By giving attention not only to Articles 37 & 40, but also to the five over-arching principles of the Convention (non-discrimination, best interests, implementation / resources, life, survival and development, and participation), a more holistic framework can be developed to underpin the framework and implementation of potential reforms.

In many countries domestic legislation requires urgent reform in order to be in line with the Convention and the other international standards and norms pertaining to juvenile justice. In addition to amending legislation, there is also a need to urgently develop, implement and monitor child-centred and child rights-based policies and procedures.

Major areas for reform include ensuring that children below the age of 18 are accorded the protection of separate justice provisions and are not treated as adults; de-criminalising 'vagrancy', 'loitering', victims of commercial sexual exploitation and status offences such as truancy and 'running away'; and setting the minimum age of criminal responsibility at a suitable level, with due regard for the protection of all children.

Formal and informal training and sensitisation of actors in the juvenile justice system is essential in order to foster a generak reform. Experience shows that, due to the inter-related nature of stakeholders in the system, cross-sectoral training is just as important as training of specific groups such as lawyers, judges, prosecutors, defenders, social workers, probation officers, detention centre staff, etc.

Juvenile justice reform must challenge negative, generalised, stereotyped attitudes towards children in conflict with the law through sensitisation, public education and breaking down the barriers between the children themselves and the individual decision-makers in local contexts.

Reform of juvenile justice systems in order to bring them into conformity with international human rights standards will only be successful if there is coordination and cooperation between all actors involved.

Working together means improving cooperation between all professionals involved in the administration of juvenile justice (police, probation officers, lawyers, judges, social workers, etc). There is also an urgent need for the improvement of networking and sharing of information on the international level to capitalise on the wealth of experience that exists around the world on juvenile justice reform. This assumption underpins the very existence of the IPJJ.